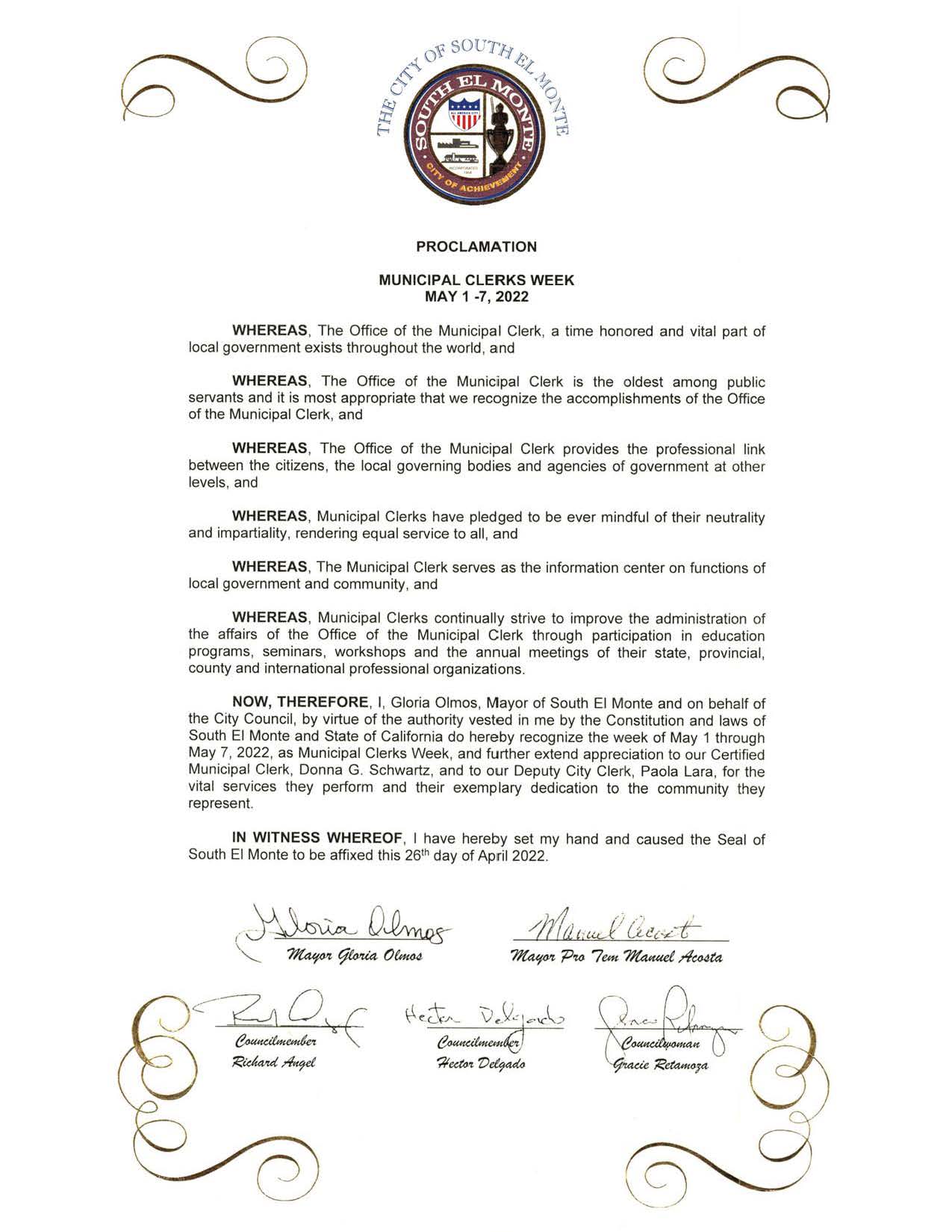 HISTORY OF THE MUNICIPAL CLERK

The municipal clerk, along with the tax collector, is the oldest of public servants. The Office of Clerk can be traced back to the year 1272 A.D. in the history of the Corporation of Old London. In the 1500s in England there was not only the “Towne Clarke" but also the "Clerc Comptroller of the King's Honorable Household."  In 1603, there was a "Clarke General of the Armie."  King Henry the Eighth had a "Clarke of the Spicery" and King Charles had his "Clerk of the Robes."

St. Paul and his followers, during his missionary work in Persia (now Western Turkey), owed their safety to the action of a town clerk. As related in Acts XIX 23-25, the artisans of Ephesus who made the idols of the time, feared the effect of Paul's missionary work on their trade.  They incited a mob to seize two of Paul's followers.  The town clerk, however, spoke out against this action and insisted that charges laid against these men had to be settled in the proper manner and before the proper authorities.  There was no justification for riotous conduct. With that, he dispersed the crowd.

Ancient Greece had a city secretary who read official documents publicly.  At the opening of a meeting, one of his duties was to read a curse upon anyone who should seek to deceive the people.

The early keepers of the archives were often called remembrancers, and before writing came into use, their memory was the public record.

The title as we know it is derived from the Middle Ages.  A “Clerk” was any member of a religious order, a “cleric” or “clergyman.”  Since, for all practical purposes, the scholarship of the Middle Ages was limited to the clergy, the name “clerk” came to be synonymous with “scholar."

When the early colonists came to America, they set up forms of local government to which they had been accustomed, and the Office of Clerk was one of the first established.  The colony at Plymouth appointed a person to act as a recorder.

Over the years, Municipal Clerks have become the hub of government, the direct link between the inhabitants of their towns and their government.  The Clerk is the historian of the community, for the entire recorded history of the town and its people are in the Clerk’s care. The eminent political scientist, Professor William Bennett Munro, writing in one of the first textbooks on municipal administration, stated:

“No other office in municipal service has so many contacts.  It serves the Mayor, the City Council, the City Manager (when there is one), and all administrative departments, without exception. All of them call upon it, almost daily, for some service or information.  Its work is not spectacular, but it demands versatility, alertness, accuracy, and no end of patience. The public does not realize how many loose ends of city administration this office pulls together.”

Those words are even more appropriate today.   In California there are two ways to become a City Clerk. One is to be elected by the voters of the community and the other is to be appointed by either the City Council or City Administrator/City Manager.  This may be the case for either charter or general law cities. Government Code Section 36501 sets forth the governing officers of the city, one of which is a City Clerk.